Dr. de Wolf attended medical school at the University of Groningen, the Netherlands, during his internship his interest in otology had taken root. After graduation he was appointed a research job at the department of otolaryngology Radboud University Nijmegen Medical Center, Nijmegen. This resulted in a thesis ‘Bone Anchored Hearing Aid; Clinical Outcomes of the Linear Incision Technique and Benefit Assessment’. During this time he was able to start his speciality training at the same clinic. As a registrar he was awarded 2 times first and once 2th prize at the national temporal bone dissection competition. After surgical training he was appointed a Fellowship in Otology, Neurotology and Skull Base Surgery Queen Elizabeth Hospital Birmingham, Birmingham, United kingdom. Since 2015 he is working as an otologist at the Amsterdam University Medical Centres, location AMC in Amsterdam. He has a special interest in endoscopic ear surgery and has set up the first Dutch endoscopic ear surgery course in 2016. 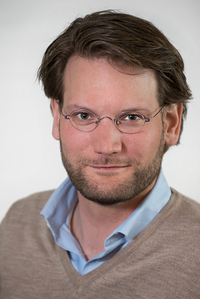