David W. Kennedy, M.D., is best known for his work in pioneering endoscopic sinus surgery and minimally invasive endoscopic skull bas surgery nationally and internationally. He has served as Chair of the Department of Otorhinolaryngology-Head and Neck Surgery and Vice Dean at the University of Pennsylvania where he also continues clinical practice as Rhinology Professor. A Past President of the American Academy of Otolaryngology-Head and Neck Surgery, the American Rhinologic Society, the International Rhinologic Society and the ISIAN, he helped to establish the subspecialty by developing the first fellowship in rhinology and holding the first courses in endoscopic sinus surgery internationally. Dr. Kennedy has had extensive experience working with industry to further innovation in the field of rhinology, Dr. Kennedy has been elected to National Academy of Medicine for his contributions to the medical field. He is a prior recipient of the AAO-HNS Board of Governors Practitioner Excellence Award and was awarded the 2010 National Physician of the Year for Clinical Excellence by Castle Connolly, Publishers of America’s Top Doctors. He is Editor-in-Chief of the International Forum of Allergy and Rhinology and serves on the editorial boards of numerous other journals. He has published approximately 250 articles and chapters and received a number of international awards. 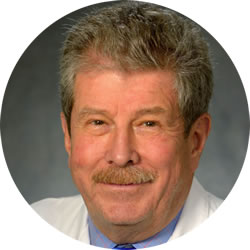