Jong Woo Chung, MD is the chairman of the Department of Otorhinolaryngology-Head & Neck Surgery at Asan Medical Center. Along with his colleagues at Asan Medical Center, he is conducting several clinical studies on sensorineural hearing loss, cochlear implantation, chronic ear disease, and otitis media of children.

Recently, Dr. Chung is involved in the development of robot surgery in ear surgery, artificial intelligence, and endoscopic ear surgery.

Dr. Chung graduated from Seoul National University College of Medicine and went on to pursue his medical residency and Ph.D. in Otolaryngology at the Seoul National University. He trained in general otology, skull base surgery, and cochlear implantation. Dr. Chung moved to Asan Medical Center, University of Ulsan College of Medicine where he developed skull base surgery, audiology, and cochlear implantation, and started basic research of noise-induced hearing loss. Dr. Chung also served as the President of the Korean Audiological Society during 2014-2016 and the President of the Korean Skull Base Society during 2017. 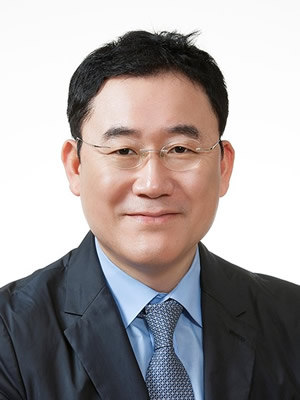