Ian graduated from Southampton University in 1986. He became a fellow of the Royal College of Surgeons of England (FRCS) in 1991. His initial ENT training was at the Royal National Throat, Nose and Ear Hospital (RNTNEH) and Great Ormond Street Children’s Hospital in London. He then undertook a one year fellowship with Dennis Poe in Boston, USA. On returning to the UK he became a senior registrar at Cambridge and RNTNEH. He was appointed to his NHS consultant position at the John Radcliffe Hospital, Oxford in 1997.

Ian is predominately an otologist and has an interest in the treatment of patulous eustachian tube problems. Ian is actively involved in the training of ENT doctors. He also teaches on national ENT courses, particularly in ear surgery. Ian is on the council of the British Society of Otology and the Otology Section of the Royal Society of Medicine. 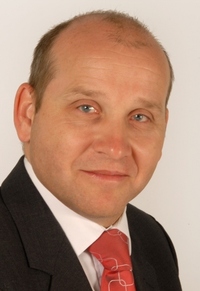