Brandon Isaacson, M.D., is a Professor in the Department of Otolaryngology-Head and Neck Surgery at UT Southwestern Medical Center. He serves as Co-Director of UT Southwestern’s Comprehensive Skull Base Program, and he chairs the Otolaryngology Resident Selection Committee. His clinical interests include all aspects of otology and neurotology, with a special focus on skull base surgery and endoscopic ear surgery. He is a Fellow of the American Neurotology Society, American Academy of Otolaryngology – Head & Neck Surgery, and the American College of Surgeons, Dr. Isaacson is board certified in otolaryngology-head and neck surgery and neurotology.

Dr. Isaacson’s research interests include endoscopic ear surgery, meningitis and cochlear implants, acoustic neuroma, petrous apex lesions, and paraganglioma. He has authored nearly 90 scientific articles, contributed to more than 30 book chapters, and has presented at numerous international, national, and regional meetings and professional courses. He also serves as a reviewer for a number of academic journals and is a member of the editorial board for Otology & Neurotology. He has been awarded the UT Southwestern Chief Resident Appreciation Award in 2008, 2012, and 2017 for excellence in resident education and advocacy. Dr. Isaacson received the Honor Award in 2010  and the Distinguished Service Award in 2012 from the American Academy of Otolaryngology – Head & Neck Surgery Foundation. He was inducted as a full member of the Triological Society in 2018. In addition to these awards Dr. Isaacson has served on the task force for new materials and as a guest board examiner for the American Board of Otolaryngology. 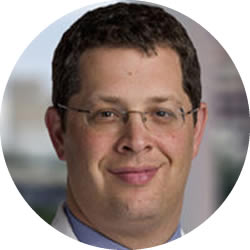